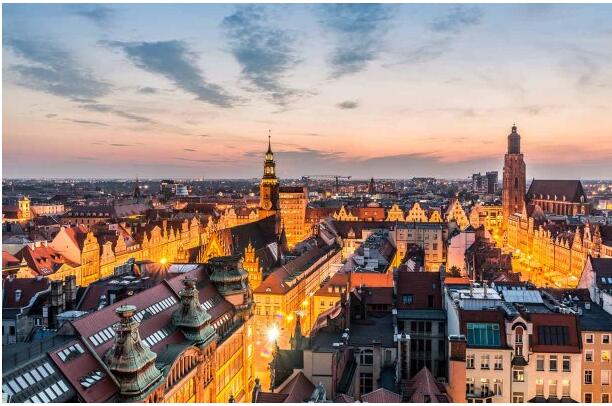 FLIGHTS, ACCOMMODATION AND MOVEMENT IN WROCLAW

In the center of Wroclaw, the attractions are located close to each other.

By plane or train to your destination

There are no direct flights to Wroclaw from Finland. With one change, you can fly from Helsinki to Wroclaw via several European cities. At its cheapest, flights are available for just under 200 euros.

You can also travel to Wroclaw by train from other Polish cities. Poland has a comprehensive train network and high-speed trains operate between major cities. From Finland you can take direct flights to Warsaw and Krakow, from where you can continue by train to Wroclaw.

Wroclaw offers hundreds of accommodation services such as hotels, hostels and apartments for rent. Accommodation at the hotel is affordable in Wroclaw.

From a good hotel in the city center you can get a room for one night in just a few dozen. Accommodation in hostels costs about ten euros per night.

In Wroclaw you can get there by bus, tram and train. Public transport prices are affordable and there are different ticket types to choose from, from a single ticket to tickets valid for several days. Baggage has to be paid for separately if you want to transport it by public transport.

The Wroclaw region is easily and quickly accessible by bike, which can be rented from more than 30 places around the city. The center is also great for walking, as the distances are short and the main attractions are close to each other.

In the city center, getting around by car is worth avoiding, as many of the streets are for pedestrians only and the numerous streets are one-way. Parking is subject to a charge in many areas, but charges are low. 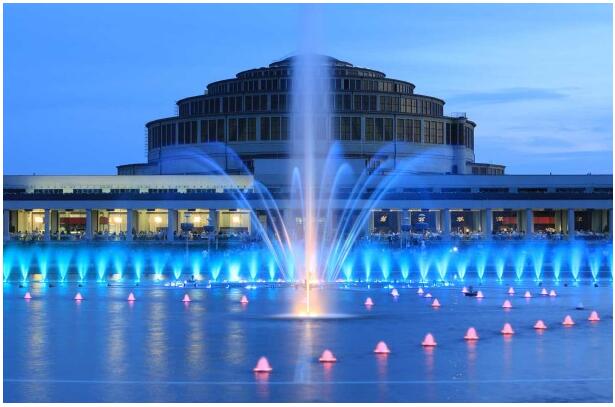 The Centennial Hall and the fountain that opens in front of it are the most famous sights of the city.

In the heart of Wroclaw is the Market Square, one of the largest markets in Europe. The market is surrounded by large and colorful houses with varying styles. The square also has statues and fountains. The market square, or in Polish Rynek, serves as a stage for various events and celebrations. The Wroclaw Christmas Market, for example, is held there.

The Market Square features the city’s old Gothic-style town hall, one of the city’s most famous attractions. The outside of the house is full of impressive details. The town hall can also be explored from the inside and now houses an art museum.

One of the city’s best-known attractions is the Centennial Hall, which was completed in 1913 and hosts entertainment and sports events, for example. The hall is a UNESCO World Heritage Site.

Built around the Centennial Hall, there is a large fountain where you can admire music and light shows, especially in the evenings. There are other points of interest in the nearby Szczytnicki Park. The park has a Japanese garden and a small wooden church that is over five hundred years old.

The panoramic painting is on display in the exhibition space right in the center of Wroclaw. First, visitors get to see an exhibition that explains the events and history behind the painting. The painting itself is admired in a half-hour performance that uses a variety of technologies such as lights to help create the experience.

Tumski Island, also known as the Cathedral Island, is the oldest area in the city. This area was the first permanent settlement in Wroclaw. The cathedral is reached via the Tumski Bridge.

The most important attraction in the area is the Wroclaw Cathedral, officially known as the Cathedral of St. John the Baptist, which is one of the city’s most magnificent manifestations of Gothic architecture. The cathedral tower rises to a height of almost a hundred meters and at the top is a magnificent Lookout point with views over the city.

Another interesting church in the area is the Church of the Holy Cross, which actually has two churches on its own floors. The church is one of the rare two-story churches. If you are interested in art and history, you should visit the Archdiocese Museum next to the cathedral, which features religious art.