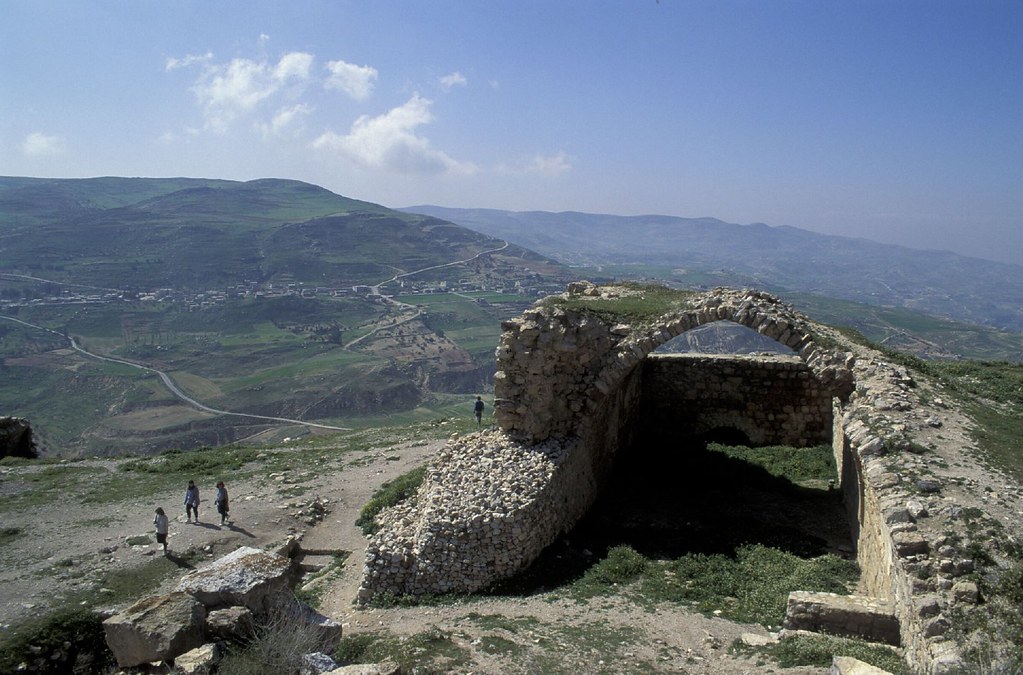 As a country that starts with J listed on Countryaah.com, the Hashemite Kingdom of Jordan is a constitutional monarchy with around 9.5 million residents. At 89,000 km 2, the country is slightly larger than Austria and borders Syria, Iraq, Saudi Arabia and Israel. About 85% of the area is desert and steppe areas, on the Gulf of Aqaba Jordan has a narrow access to the Red Sea. 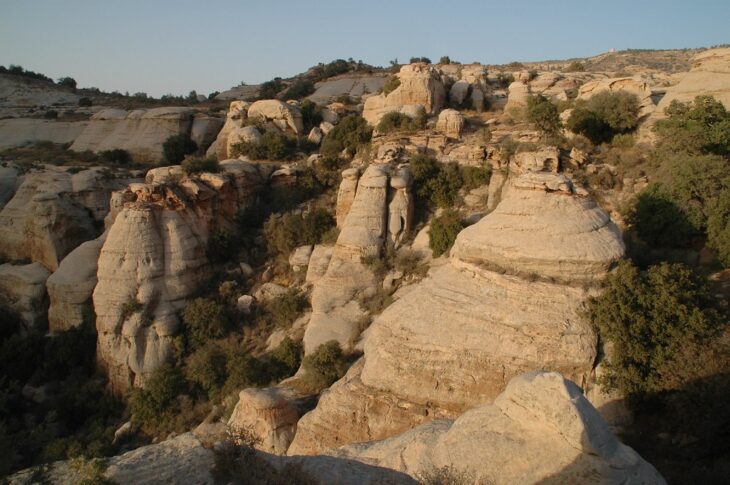 We start our journey with a visit to the Christian places Madaba and Mount Nebo. From here, Moses is said to have overlooked the Holy Land. Then it goes straight to the lowest point on earth: Wadi Mujib, also known as the “Grand Canyon of Jordan”. It flows into the Dead Sea 410 meters below sea level. The gorge has an altitude difference of up to 1,300 meters; together with the inflow of water from seven rivers, it leads to enormous biological diversity.

Gray granite and bright red sandstone characterize the Wadi Rum. Beduins show us their village – some people live in tents, some in houses – and prepare a special dish for us in a clay oven. The nights in the wadi are black, only a few stars twinkle – apart from the blowing of the wind, it is completely quiet in the desert.

Today we travel to Amman in Jordan with our individually booked flights. Landed there, we continue to our hotel in Madaba.

Madaba is the city of mosaics. The floor mosaic from the 6th century in the Greek Orthodox St. George’s Church, which represents the map of the Promised Land, is famous. It originally consisted of two million mosaic stones and was 25 x 5 meters in size. Even today hills, valleys, villages, towns and even the distant Nile Delta are recognizable.
Then we drive to Jerash, one of the best preserved ruins in the Roman world. In Roman times, Jerash was called Gerasa and was a member of the Decapolis, an economic association of ten Greco-Roman cities. You can still stroll through the triumphal arch, which the city built in 129 AD in honor of Emperor Hadrian. The wagon tracks are still visible today along the 600 m long columned street.
During a city tour we visit the old and new Amman, we visit the citadel and the well-preserved Roman theater. The citadel towers high above Amman and is one of the earliest fortifications. Numerous Roman, Byzantine and early Islamic objects were found here during excavations. Then we drive back to Madaba.

We continue to Mount Nebo, the place where the Prophet Moses is said to be buried. He is said to have seen the Promised Land from the mountain, but had to die without having set foot in it. The Vatican declared the holy Mount Nebo one of the official Millennium Pilgrimage Sites.
We continue to the Mujib Nature Reserve, the deepest nature reserve on earth. Here we hike through the narrow gorge of the Mujib Canyon; Depending on the water level, it may be that we have to swim through some passages or that we cannot go down because the water is too high. The gorge is closed from November to March.
As an alternative, we hike on the Ibex Trail – a panorama path – parallel to the Dead Sea through the mountains of the reserve or we go on a hike in Wadi Bin Hammad. After the hike we continue to Dana.

We spend the whole day in the Dana nature reserve – a dream for every hiker. The attraction of the nature reserve is the contrast between the more than 1,600 meter high mountains and the deep desert valleys of the Wadi Araba. The unique mountain landscape also offers rare animals and archaeological treasures. The area is considered an ideal retreat for bearded vultures and ibexes.

After breakfast we take jeeps to the oldest copper mines in the world; These became famous already at the time of King David. We continue to Siq el-Barid, called “Little Petra”. The once prosperous suburb of the Nabatean capital awaits us here, where the caravan routes divided – some led to Wadi Araba, others to the Dead Sea. In the afternoon we have time to explore Wadi Musa individually.

The abandoned rock city of Petra was the capital of the Nabataean Empire in ancient times. Little is known about their history. It probably had its heyday in the 3rd century BC, but was then conquered by the Romans and lost in importance. The last residents should have left Petra in the 7th century.
The place was already mentioned in the Old Testament. The city was probably called “Petra” because of its nature, from the Greek it means “rock”. Today the city is considered a unique cultural monument because of its grave temples and the monumental facades carved directly from the rock and was included in the list of UNESCO World Heritage at an early stage. WWW boss Christian Hlade: “Even as a child I dreamed of going to Petra. When I was there, this place was much more impressive for me than I would have imagined. The extent of the rock tombs and temples is huge: You could spend many days here and always discover new things! For me, Petra is one of the most fascinating places I’ve ever seen. ”
Typical of the Petra buildings is the contrast between the most detailed facades and the simple and often empty interiors. It is the same with the treasury. Allegedly, gold, precious stones and other treasures were supposed to have been kept in this – which is crowned by an urn on its tip.
The treasury was probably once a tomb for a Nabatean king and was later used as a temple. A total of 628 tombs are distributed over Petra, most of them are accessible.
We begin our exploratory hike through the Siq, the rocky canyon that served as the entrance to Petra for the large caravans. In some places it is no wider than two to three meters. (Don’t miss: take a photo of the gorge exit to the treasure house, this perspective is just great!) The way to Al Deir monastery is a special experience. The rock grave is one of the most beautiful facades and sits enthroned on a mountain terrace, which we reach via an almost inaccessible rock staircase. It then continues over the mountains to Klein Petra.

Place of sacrifice, Wadi Rum & start of the Bedouin trek

Today we climb to al Madras, 1,300 m, the place of sacrifice. After about three hours of hiking, we reach the Zip Attuf ceremonial site, where legend has it that the Nabataeans made their sacrifices. From the summit of the Zip Attuf we are rewarded with perhaps the most beautiful view over the rock city of Petra.
Then we continue to the “moon valley” (Wadi Rum), where we are expected by our Bedouin team. On the way to our “hidden camp” (Um Sabatah) we make several short stops, for example on the Al Khazali Mountain, which is the second highest mountain in Jordan at 1,734 meters and the highest in this area.
In the evening our Bedouin team prepares traditional dishes for us before we go to rest in the camp.

The Wadi Rum is a fascinating desert landscape, framed by brown-red, rugged and torn mountain ranges. The darker granite forms the pedestal, the sandstone the summit. This typical stone structure also explains the large number of springs. Rainwater from the winter rainfall slowly penetrates the porous sandstone, hits the impermeable granite and flows down the slope; sources then arise there. It is therefore not surprising that the first farming families lived here as early as the Neolithic Age (from around 8,000 BC).
After a typical Bedouin breakfast, we will hike through this unique desert landscape.

In the morning after another beautiful sunrise in Wadi Rum we drive to the meeting point with our camels. On the back of the camels, we enjoy this desert landscape one last time, which looks like from another world.
Then we drive to the Dead Sea. We are here 400 meters below sea level, one of the deepest places on earth. We can swim wonderfully in the water, which is rich in salt and minerals (swimming is hardly possible because of the high buoyancy). Dinner and overnight at the Dead Sea.

Today we have to say goodbye, we start our journey home. Departure possible in the afternoon. 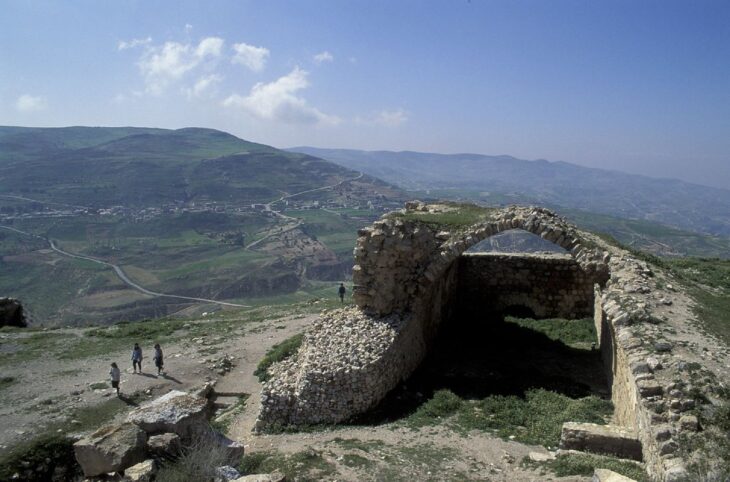